Osaka Castle Tower was built by Toyotomi Hideyoshi in 1583 on the site of Ishiyama Honganji Temple as a base for unifying Japan.

Osaka Castle has a number of cultural assets including the Ote-mon Gate, and the castle tower is designated as a registered tangible cultural property.

The castle tower was destroyed by fire several times, including during the Battle of Osaka, when it was struck by lightning, and during the Great Fire of the Meiji Restoration.

The current castle tower is the third generation and was rebuilt in 1931. The turrets and stonewalls are from the Tokugawa Shogunate’s reconstruction (Tokugawa Osaka Castle).

The Gendai Orange Building, located at the east entrance of Tachibana-dori, is a landmark five-story…

Osaka-jo Hall is the largest multi-purpose hall in western Japan, with a capacity of 16,000…

Aranzi Aronzo is a shop run by two sisters, Kinuyo Saito and Yoko Yomura, who…

The Semba Center Building is a huge wholesale district of more than 1,000 stores that… 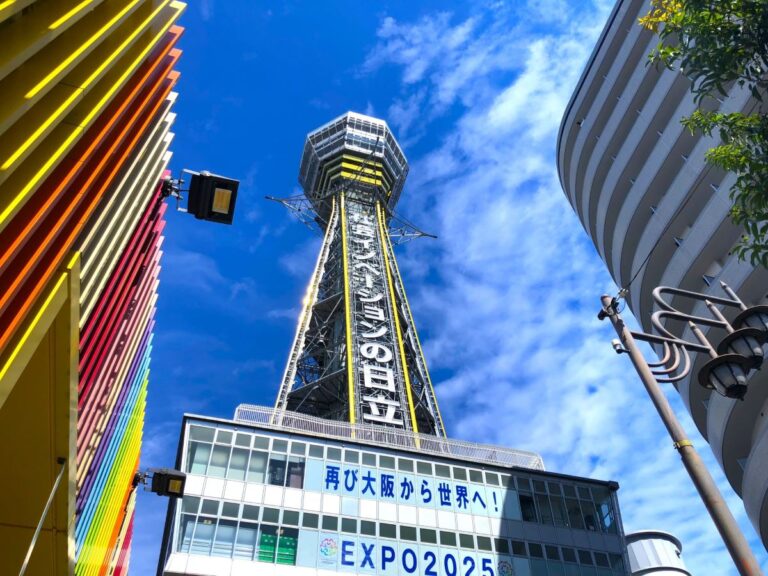 Tsutenkaku, the symbolic observation tower located in the center of Shinsekai, was built in 1912, and…